With the REWOMEN project partners intend to commemorate the 20th anniversary of Proclamation of the EU Charter of Fundamental Rights through creating and disseminating the international exhibition devoted to the history of Women's Liberation Movement (WLM) in Europe. Gathering partners from 10 EU and Western Balkan countries project intend to commemorate important but not well known or marginalized women and different historical turning points and changes in women's human, political, social, economic and cultural rights. Women's Liberation Movement is one of the most significant human rights movement in the 20th century and it's a real common European history beyond national borders.

The aim of the project is to reinforce women's rights by increasing the visibility of European women's history and developing international women's solidarity.

One preparatory meeting, 4 workshops and a final international conference are planned within the project.

4 workshops will be organized for creating the concept and materials for the final interactive exhibition consists of documents, photos, texts, artifacts, articles, video material, works of art. Each workshop will be dedicated to one of 4 topics.

About 120 women with different professional and social backgrounds will participate in workshops and in creation of the exhibition.

The opening of the exhibition with an international conference will be a part of the main program of Novi Sad 2021 - European Capital of Culture. Later the exhibition will travel through partner cities. The idea is to exhibit in specific public spaces. 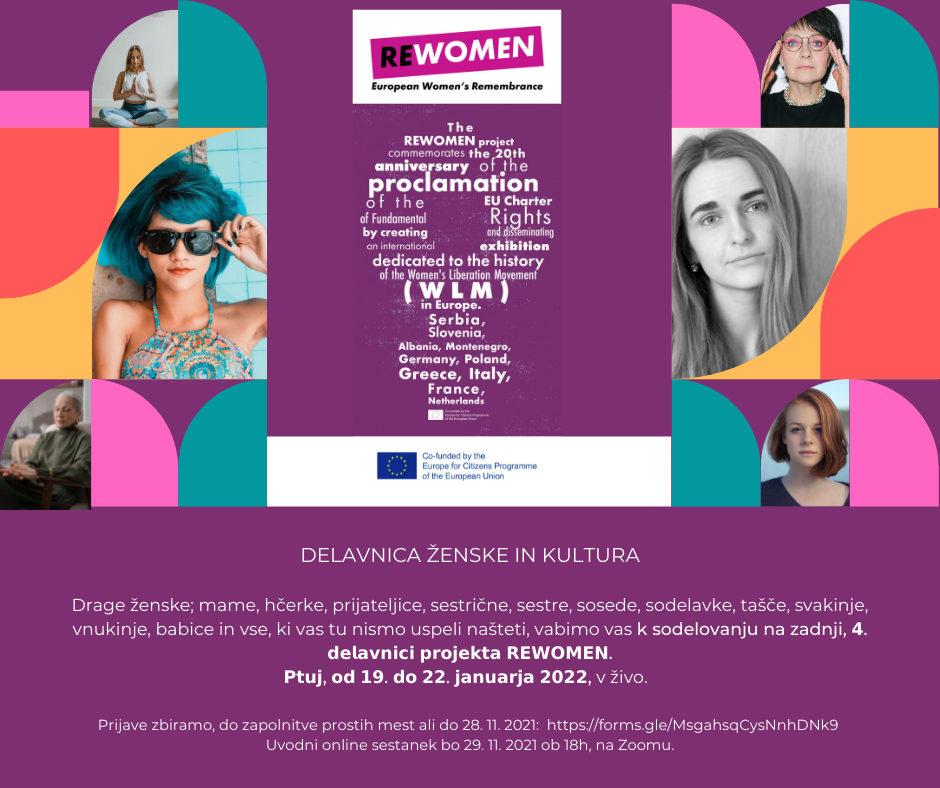