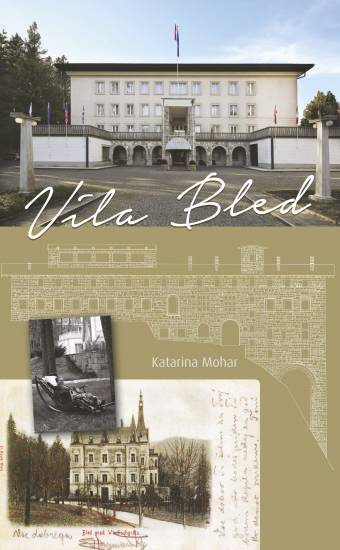 
Villa Bled, surrounded by the extensive waterfront park, belongs among the most attractive cultural sights of the lakeside town of Bled. Formerly the location of a holiday manor owned by the respected Austro-Hungarian noble family Windischgrätz, it was transformed into a summer retreat for the Yugoslav royal dynasty Karađorđević in the 1920s, remodelled into a Nazi hotel in the early 1940s, only to be altered once again in the period of the second Yugoslavia – this time into a government villa and one of the official residences of president Josip Broz – Tito. Its rich history, architecture and artworks make the complex one of Slovenia's most important cultural and historical monuments. The book focuses on Villa's history, tracing it through the succession of its owners, the numerous renovations, social and political changes. Particular attention is given to the period following the Second World War, when it was turned into a space of stately representation as Tito's summer residence and obtained the appearance it largely preserves until today. Its visual arts and architecture are presented in careful detail, based on studies of available archival resources, scientific and professional literature, periodicals, and personal testimonies of individuals, who marked the history of Villa Bled.