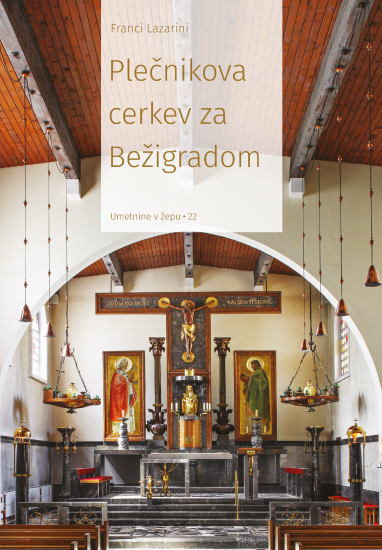 
Franci Lazarini reveals the story about a lesser known, almost entirely overlooked church behind Ljubljana – Bežigrad built by Plečnik. Plečnik invested himself in an urban plan for the rapidly growing Bežigrad as early as 1924, while he prepared the plans for the expansion of the Baroque church of St. Christopher in 1932. Instead of the expected extension, he designed a completely new church building, which he cleverly combined with the old building at a slight angle and arranged the contact triangular space as a chapel. In the 1950s, the post-war authorities allocated the area of the double church for the construction of the Exhibition and Convention Centre (Ljubljana) and decided to demolish both church objects, to which opposed reasonable individuals, mostly from the ranks of the clergy. In the end, a compromise that had never been seen in the history of socialist Slovenia was made: the old church of St. Christopher was demolished, while the new church of Sts. Cyril and Methodius was relocated next to the Vodovodna cesta. Between 1964 and 1967 a belfry of rather unusual shapes was built after the plans by Plečnik's student Tone Bitenc since local dignitaries did not want the height of the church belfry to stand out in the space of modern Bežigrad. Thus, the booklet on Plečnik's church of Sts. Cyril and Methodius is not only a story about exceptional architecture, but also a tale about the people who valiantly began its construction and who were able to preserve Plečnik's masterpiece for future generations.